Tangled Up In Tau 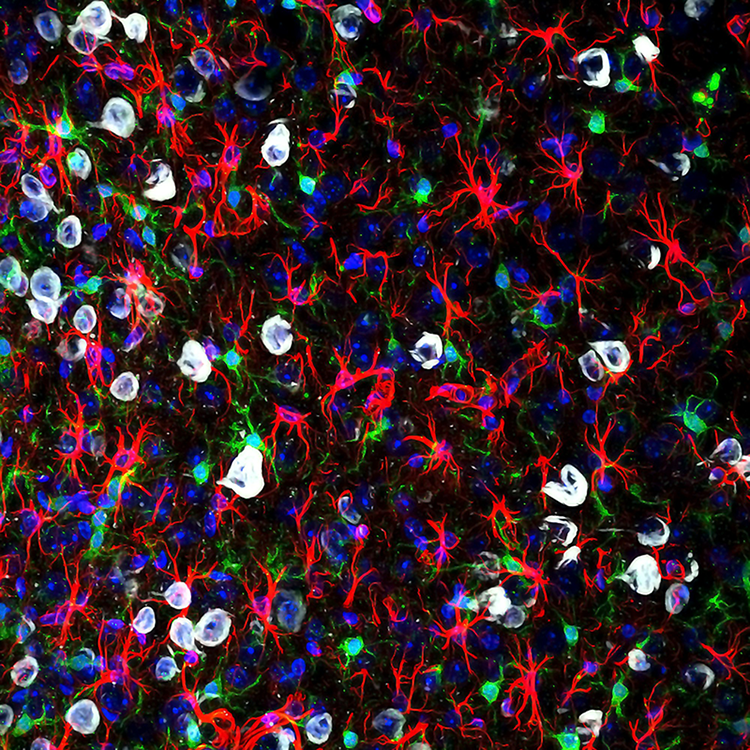 One of these colorful elements doesn’t belong. The red spider-shaped astrocytes support neuron activity, while the green microglia clean up debris and attack unwanted intruders, but the white globs may foreshadow trouble.

Stiff tubes help neurons keep their shape, but those tubes can fall apart if the tau proteins that hold them together start to morph. When that happens, the freed proteins drift off and clump together into the white clusters seen above. They’re called neurofibrillary tangles, and they can kill neurons. They’re linked with Alzheimer’s disease and the repeated head shaking common in boxing and football.

Researchers don’t know exactly what makes tau proteins drift away and ball up, but it’s not all bad news. One recent study found that the tangles can also fight the growth of plaque, another hallmark of Alzheimer’s disease.