More than just memory loss, Alzheimer's disease can make daily living more difficult, often in ways that are hard to see. The exercises in this video will help you explore what it feels like to have Alzheimer’s for a single day.

Alzheimer's disease is a progressive neurodegenerative disease that has no cure. More than just memory loss, Alzheimer's can make parts of daily living more difficult in ways that are hard to see from the outside. Empathy can include looking at things from a different person's perspective. There's no better way to understand someone else's life challenges than by having a shared experience. This empathy kit is designed to be completed in a single day but it will impact the way you view Alzheimer's disease forever.

Approximately 74% of people with Alzheimer's routinely misplace common items, even in the very early stages of the disease. Misplaced objects are sometimes found in very unexpected places, like keys inside the fridge, for example. To replicate the symptom, have a friend hide your keys, phone, or another object that you frequently use somewhere in your home. Spend 15 minutes looking for the object or until you find the object, whichever is shorter. Imagine how frustrating this could be if you had somewhere to be!

More than half of people with Alzheimer's have difficulty with object recognition. They may not understand what an object is used for, they may fail to recall previous experiences with the object, or they may not recognize the object's relations to other people. This makes it difficult to use objects to complete everyday tasks, such as brushing their teeth or combing their hair. The morning of or the night before completing this kit, label at least 10 items in your bathroom with post-it notes or pieces of paper. If you have difficulty finding 10 items to label, consider labeling the hot verses cold faucet taps or distinguishing between shampoo and conditioner. Today, if the item is not labeled you cannot use it unless someone physically identifies it for you. Imagine having to do this for all the objects in your house and how difficult object use in public spaces could be.

People with Alzheimer's disease often have difficulty remembering appointments as well as other things they need to do for the day, including simple basic care tasks. This requires them to plan out detailed itineraries of their day and leave multiple reminders in the form of external cues for themselves. In the morning, write a checklist of at least 20 things you need to do during the day and the time that you want to do them. Remember to include basic care items. Set several alarms to remind you about the most important items. Post your list somewhere you will see often, like the fridge or your bedroom door. Try to abide by the list you have made for the entirety of the day. However, if you think of another task that you need to do, you must place an external memory cue into your day by writing that task down on a Post-It Note or emailing yourself a reminder to do that task.

People with Alzheimer's are often prescribed exercise to help their memory symptoms; however, Alzheimer's can distort spatial awareness, causing people to get lost in familiar places. Wandering is a common symptom that people with Alzheimer's will experience at least once. In the morning, go on a walk for 10 minutes. Stay on the sidewalk or inside of a building, but at every point of intersection with another path, flip a coin to determine which direction you take. If the coin lands on heads, continue walking in the same direction. If it lands on tails, make a turn. If there are two possible directions to turn, flip the coin again. If it lands on heads turn right; tails, turn left. For safety, only do this task during the daytime, stay in well-traveled areas, and bring a fully charged phone or other device that contains a GPS in case you get lost.

Around 40% of people with Alzheimer's disease experience an altered or lacking sense of humor. This may make it difficult to relate to others and engage in social activities, contributing to isolation and depression. Experts estimate that up to more than half of people with Alzheimer's disease suffer from depression. From the hours of 12 p.m. to 4 p.m. try not to laugh at all. If watching a comedy show or movie, don't engage in laughter. If interacting with others, do not laugh at something said or use laughter as a conversation filler. Notice how being unable to respond to normal social cues isolates you from those situations. How did this affect your overall mood? How did you feel during these social interactions?

Fifty-eight percent of people with Alzheimer's have difficulty in speech production. Specifically, many patients find themselves unable to think of a specific word, including names of individuals, and instead have to describe it or them. This difficulty is commonly known as "tip of the tongue" phenomenon. Additionally, the rate of delusions for people with Alzheimer's is also high. Delusions are firmly held beliefs about things that are not true. This may occur in the middle to late stages of the disease. This can be frustrating for those with Alzheimer's, as their reality is different from others'. Call someone or have a conversation with someone in person. During this conversation, recall a childhood story or talk about the plot of a movie or TV show. Do not say the names of individuals; instead, use descriptors to indicate the person or people you are referring to. People with Alzheimer's often tell nonsensical or non-factual stories. Feel free to tell a story or describe a plot that is not true and try to imagine what it is like to have your reality not be the same as others.

If you know someone with Alzheimer's disease, talk to them about this kit and listen to their personal experience. Everyone's Alzheimer's journey is different. For more information, please visit the resources listed below. 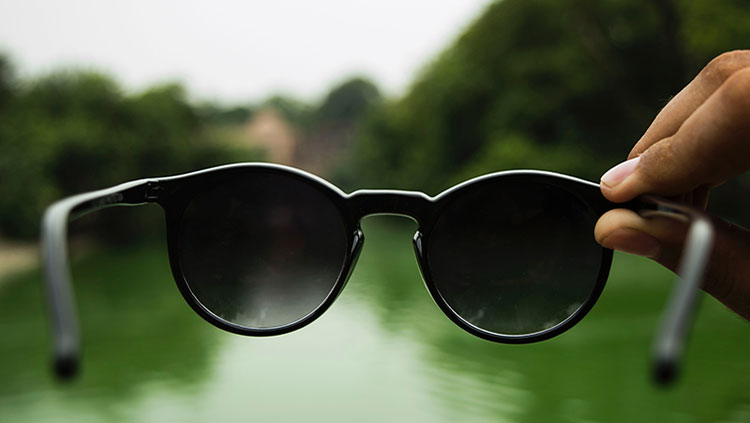