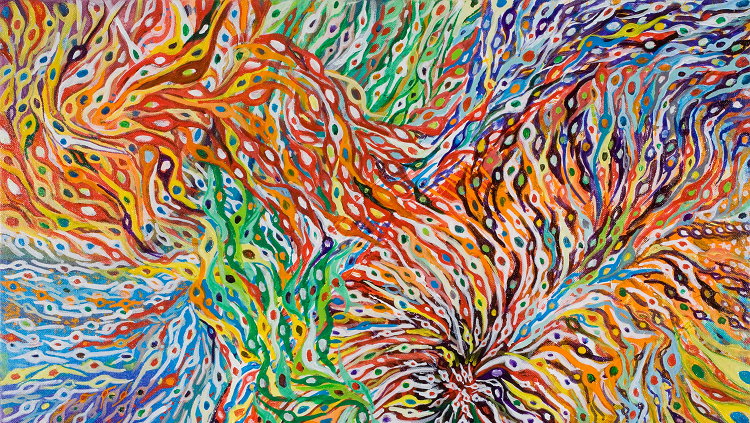 This wavy rainbow of colors is a painting by neuroscientist Bill Harris. For now, it exists only in his mind’s eye. The artwork envisions a future for a current technique that scientists hope will allow us to see and distinguish neurons of all kinds more vividly.

In the late 1800s, researchers learned to stain neurons black. In the 21st century, genetic tools let them light up the brain with one or two fluorescent colors. Today, they’re full technicolor with an imaging technique nicknamed the “brainbow.”

Brainbows work like your TV does to create a wide variety of color just using a mix of a few simple colors together. Researchers got started in 2007 by inserting multiple genes for four colors into mice, and then snipping out a random part of each gene to produce a random color. If a given neuron ended up with a mixture of blue and yellow genes, for instance, it would look green. Other neurons shined different colors.

Since then, researchers have created brainbow flies, plants, and zebrafish, and used them to study how neurons wire together. But one weakness of the technique is that each cell gets an arbitrary color. In this illustration, the artist/scientist envisions an as yet unrealized future where a brainbow of a developing brain tags similar cells with similar colors. 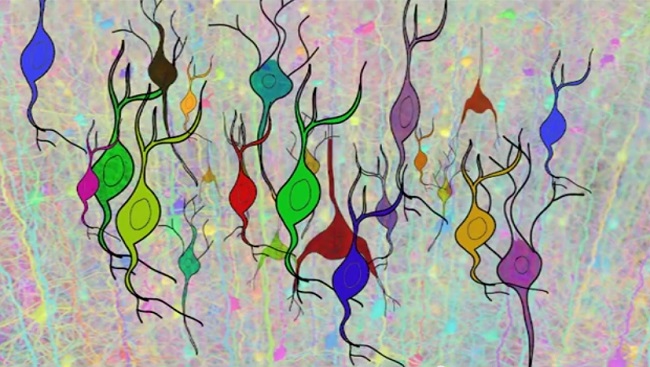