There are some parts of the brain and nervous system that we can’t easily study, like a complex process that requires using multiple areas of the brain. For example, studying consciousness, movement, or how babies develop in their first few months involves looking for patterns in data from throughout the brain and nervous system. Data from biosensors can give us a glimpse at these patterns to learn about ourselves.

Human consciousness is often deemed an emergent property of the brain. It's something that isn't held by a single neuron or brain region, rather it's the sum of everything.

Every neural connection. Every motor and sensory signal. Every part of our complex nervous system to give rise to our awareness of the self and the world around us.

And so, you ask, how do we study such a complex thing? Do we just look at external behaviors? Try to analyze what's happening internally in someone else with their own eyes. That's one place to start. But with modern day technology and techniques, we can go beyond this — beneath the surface of what's right in front of us.

Like rises and falls of the tide, our brain and nervous system as a whole has underlying patterns, too.

One way you could think about figuring out what these patterns are is by analyzing the kinematics of our bodies: how we move, variations in movement, position and acceleration over time, can give us deeper insight into nervous system function. Often, differences in these patterns might lead us to uncover differences between neurological conditions or disorders. So, you might think, how would we pick up on these patterns? Through biosensors!

What's amazing about sensors is that they can capture data from a variety of sources. Electrical signals from the brain, heart, and muscles for instance can give us the big picture: a true understanding of what's going on internally. This integrated approach can not only tell researchers about the nervous systems of participants, but the participants themselves are able to learn about their bodies through a process called biofeedback.

One field in which these ideas can help is in infant development. The patterns of our nervous system can give insight into the stories of ourselves from our earliest of moments. In infants, the cerebral cortex, or the outer layer, isn't fully formed. So we may need to look at more subcortical layers, like the brainstem.

Auditory brainstem response, or ABR, is a way to sense neurological responses to auditory stimuli or sounds. It's been used as a hearing test since the 1970s, and at present, these waveforms have the potential to infer the presence of various conditions or disabilities.

Beyond brain responses, movement is another aspect we can come back to. Infants have various reflexes and may be able to perform certain poses, which tells us information about their nervous systems. Scientist Heinz Prechtel was a pioneer in studying the general movements of infants, where it seems that little curious babies have a timeline in how their movement patterns typically progress.

Queue in some creative technology like sensors, and you could digitize these movements. You could have an empirical understanding of the movements of infants as they grow older and even how they interact with the environment around them.

On the surface, patterns seem just a product of nature. And the more we study about the brain and nervous system and uncover these variations, the more we realize that we are, after all, a part of it. 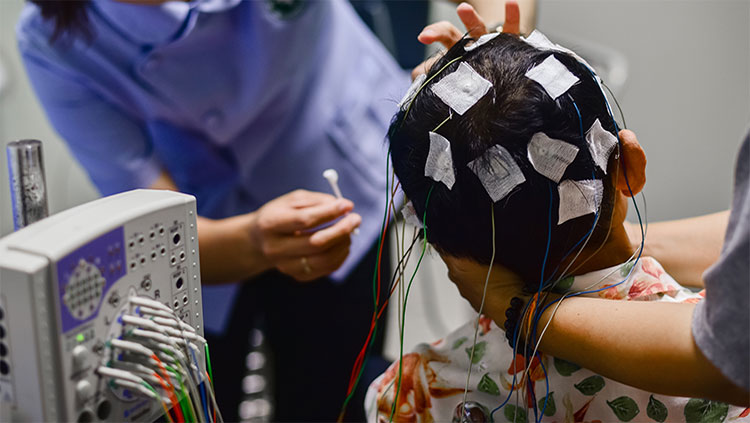