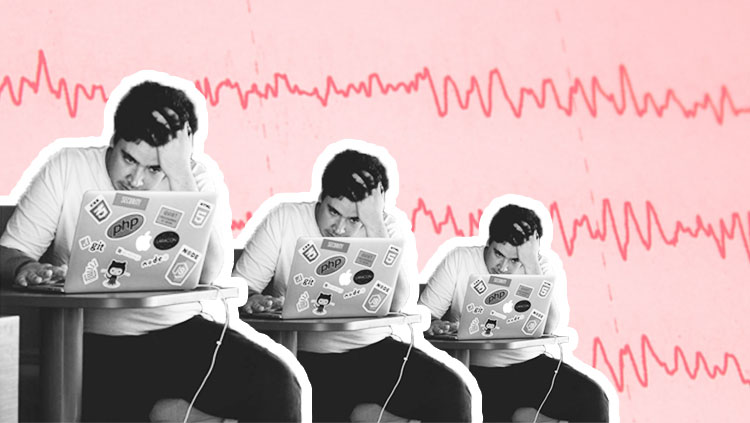 A demanding job that leaves you feeling overworked and undervalued can spell trouble for your mental health. New research suggests this “vital exhaustion” — better known as burnout — is also bad for your heart. In a study published January 13 in the European Journal of Preventive Cardiology, researchers analyzed the health records of 11,445 American adults who participated in the Atherosclerosis Risk in Communities Study. They found that people experiencing the most burnout symptoms at the start of the study had a 20% greater risk of developing atrial fibrillation 25 years later compared to people experiencing few or no burnout symptoms. The irregular heartbeat characteristic of atrial fibrillation can cause blood clots, stroke, and heart failure.

Big picture: Chronic stress, whether it’s from a demanding job or the unending din of urban noise pollution, is bad for your heart.

Brains Use an AI Learning Technique

A machine-learning technique called distribution reinforcement learning helped artificial intelligence systems excel at strategy games like Go and Starcraft. Turns out the brain’s reward system may use the same technique. The neurotransmitter dopamine acts a bit like the brain’s “surprise signal” — when an outcome is better than expected, dopamine signaling surges. In a new study, published January 15 in Nature, researchers from the AI company DeepMind recorded individual neurons in mice as they learned a task and received different rewards. The team found dopamine neurons varied in their firing — they had different thresholds for surprise. The finding conflicts with previous models of reinforcement learning, which maintain neurons behaved identically. But, it’s in line with distribution reinforcement learning, which predicts different outcomes and estimates their likelihood of occurring.

Related: How AI and Machine Learning Can Serve Humanity

We’re already seeing the human toll of a warming planet. Rising sea levels are displacing coastal communities. More intense and frequent wildfires are destroying homes and claiming lives. A team of scientists from the U.K. and U.S. predict we’ll also see something else: an increase in the number of people killed by violence and injuries. In a study published January 13 in Nature Medicine, the researchers looked at injury-related deaths in the U.S. between 1980 and 2017 and how they correlated with above-average temperatures. They found that for every year with mean temperatures 1.5 degrees Celsius above normal, an additional 1,601 people would die from suicide, car accidents, and drowning. The scientists aren’t sure why this connection exists, but previous research links hotter temperatures to greater stress and higher homicide and suicide rates.