Caffeine is the most widely use mind-altering substance in the world. By blocking a brain chemical that makes us feel sleepy, it helps us feel more awake and alert.

Caffeine is the most widely used mind-altering substance in the world, and we all love it, whether it’s in the form of coffee, tea, or Coke! But why? What does caffeine do to our brain to make us feel so awake? Well, although it's not entirely understood how caffeine produces its well-known stimulant effects, most of those effects are due to its action as an antagonist at adenosine receptors.

Caffeine is structurally similar to adenosine, a chemical that makes us sleepy. When we drink coffee, caffeine mimics adenosine and attaches to adenosine receptors in the brain. Caffeine effectively blocks the receptors — in other words, it "antagonizes" the activity of adenosine, making us feel more alert and awake. Eventually, adenosine catches on to caffeine's antics and creates new receptors for the sleep-inducing chemical to latch onto.

As a result, your morning cup of coffee may become two, since the more receptors you have, the more caffeine you'll need to block them. That also explains why it’s hard to stop drinking coffee since you get tired easier, because having more adenosine receptors means more adenosine makes its way into your brain.

Caffeine is a central nervous system stimulant that improves your mood as well as boosts your alertness. The same adenosine-blocking effect that makes you feel more alert is also responsible for this. Caffeine makes you more attentive, less bored, and improves your mood by preventing the relaxing effects of adenosine. This is why many people drink coffee when they go on long drives.

Caffeine stimulates our brain cells, signaling the pituitary gland, our hormone control center, that there is a problem. The pituitary gland then instructs the adrenal glands, located above the kidneys, that there is a problem. The “fight or flight” reaction is triggered by this hormone. Adrenaline tells us whether to stay and face a dangerous situation or to run away.

During this excited state, we become irritable, agitated, and significantly more emotionally charged. While this can be helpful when running away from something or defending ourselves in a fight, it’s ineffective in sensitive situations, such as negotiating in a meeting or responding to a text. Around 30 minutes after drinking our grande matcha latte, this chemical cacophony gives the anticipated euphoric shock. To put it another way, caffeine keeps the doors shut while the brain's natural stimulators, exciters, and alerters, perform their symphony, and do it intensely thanks to our favorite stimulant.

Caffeine also prevents dopamine from getting reabsorbed into your system, leaving the feel-good chemical hanging around in your brain longer. On the downside, this dopamine effect is also what makes coffee so addictive. Now that you’re aware of all this, next time you drink coffee, keep in mind all its effects on your brain! 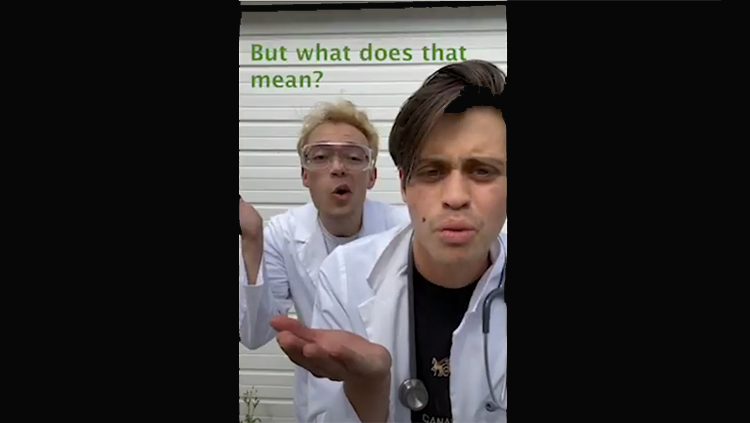 CBD and the Endocannabinoid System