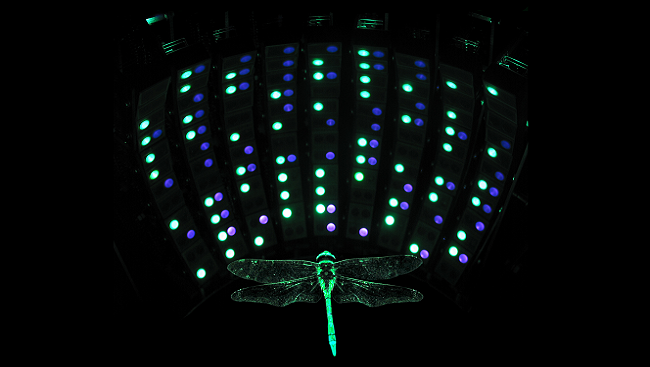 Dragonflies have two large compound eyes, each with thousands of lenses, and three eyes with simple lenses. Each retina contains several thousand photoreceptors that collect light and send information about the visual scene to interneurons, which further process the information.

The image above shows a dragonfly surrounded by a panoramic ultraviolet and green light display designed to stimulate the large interneurons in the retina of the insect's middle eye.

The scientists who created this picture found the cells were sensitive to change in the ultraviolet light, which might be one way that dragonflies use light information to stabilize their flight during the day.