Neurolaw: Neuroscience in the Courtroom

Neuroscience’s influence is reaching beyond the research lab and clinic into the courtroom and beyond, regularly generating news headlines such as “Neuroscience sparks criminal responsibility dilemma” and “The brain on the stand.” It is increasingly clear that neuroscience efforts to explore links between brain and behavior will continue to influence U.S. legal proceedings, with implications for criminal sentencing and for the legal system writ large, in a specialty now referred to as “neurolaw.”

While the law generally holds people personally responsible for their actions, accommodations are sometimes granted to explain misconduct, such as self-defense, extreme provocation, or insanity. Arguments seeking to explain behavior based on brain activity (or the lack of it) are now common in a variety of U.S. jurisdictions, in both civil and criminal contexts, and for a range of purposes. For example, does the presence of a tumor or other neurological malady affect an individual’s actions, to the point of criminal behavior? Can a person with frontal lobe damage, which is associated with loss of self-control, claim that it incited a criminal act? The questions are complex and wide-ranging, and measuring the impact of neuroscience evidence is a question very much in play.

These issues have multiplied since the early 1990s, with the arrival of advances in imaging technology — particularly functional magnetic resonance imaging, or fMRI. fMRI measures activity in the brain, creating computer generated images of brain regions that are activated while an individual thinks or performs a task. For many years, neuroscientists have studied the function of various brain structures; now they have the technology to observe functional differences in these structures. Altered or diminished function in brain regions involved in decision-making or aggression may have very real consequences for behavior.

This possibility has generated keen interest from legal circles, and created active discussion and further research within the scientific community. Do these findings tell scientists definitive information about brain activity that warrants submission in a court of law? Do we know enough about the functioning of brain regions to draw definitive conclusions about motivation from images of electrical activity? Should juries rely on this information to determine guilt or innocence, accountability or forgiveness? In both legal and scientific circles, some experts believe yes, and some believe no. Thus the answers are diverse and complex — far more so than is often portrayed in popular culture outlets.

Even prior to the advent of fMRI, there were earlier uses of neuroimaging evidence in legal proceedings. In the 1981 trial of John Hinckley, Jr., President Ronald Reagan’s would-be assassin, the court allowed the defense to admit a CT scan of Hinckley’s brain. The evidence was meant to bolster the defense’s claim that his brain had atrophied, which they contended was clear evidence of organic brain disease, thus contributing to Hinckley’s violent act.

Recent examples of the intersection of neuroscience and the law are numerous. In the 2005 nomination hearing of John Roberts as Chief Justice of the United States, Sen. Joseph Biden (D-Del.) posed a rhetorical question about an issue the Supreme Court might face: “Can brain scans be used to determine whether a person is inclined toward criminality or violent behavior?” His question illustrates the degree to which neuroscience, especially neuroimaging, has entered into the legal system.

On the scientific side, while the technological advances of brain imaging are significant, neurolaw is challenging scientists to ask and explore new questions. For example, scientists are examining questions about the variability in brain physiology and how to define “normalcy.” There is clearly natural variation among individuals, but understanding and interpreting the meaning of those differences is a major challenge.

In sum, neuroimaging evidence is increasingly being used in the courts to evaluate human behavior. Whether in a civil context, such as a personal injury case, or a criminal context, such as at sentencing when a jury evaluates mitigating and aggravating factors, neuroscience evidence introduces findings about behavior and responsibility. And it raises big and small questions for society and the legal community: how will it change the way we think about human nature and human action, including criminal and individual responsibility, scientific findings about behavior, or intentionality? 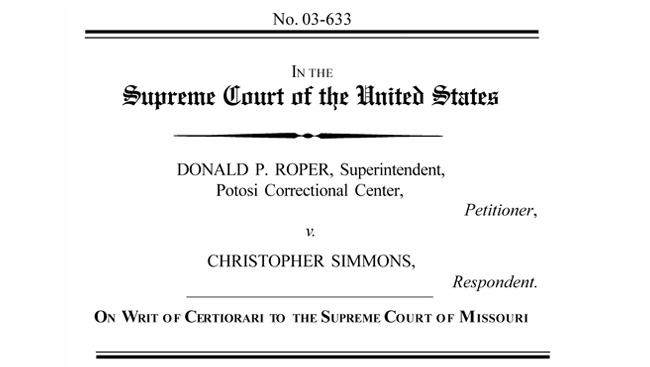 Scientists and legal experts are working collaboratively to explore these questions and broaden the field. Several projects — from the Law and Neuroscience project of the MacArthur Foundation to the Baylor College of Medicine Initiative on Law, Brains, and Behavior — draw on expertise from the scientific and legal communities to wrestle with the facts, and consequences, of their interpretation. Notably, neuroethics is also among the “Topics of Council Concern” for The President’s Council on Bioethics, where several panel sessions have been convened and resulted in a 2004 paper, “An Overview of the Impact of Neuroscience Evidence in Criminal Law.” Efforts to address the questions raised by neuroscience in the legal context also span published articles to conferences for judges, such as the Judicial Seminars on Emerging Issues in Neuroscience sponsored by a collaboration that includes the American Association for the Advancement of Sciences, the American Bar Association, and the Dana Foundation.

When it comes to the brain on the stand, the jury is still out, but active research and dialogue will influence science, policy, and law, in decades to come.